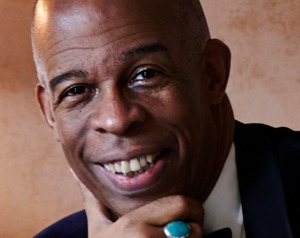 Christian Holder was born in Trinidad into an artistic family:  the son of Boscoe Holder and his wife Sheila Clarke Holder, who were both professional dancers. The Holders moved to London when their son was an infant. Boscoe Holder at the time ran a company called Boscoe Holder and his Caribbean Dancers, and throughout childhood Christian appeared with them as well as on British television and in repertory theatre. As a four-year-old, Christian danced with his father’s company at the coronation of Queen Elizabeth II in 1953; and at age five he was directed by Orson Welles in a television production titled Moby Dick Rehearsed, in which he played Pip the cabin-boy.  By the age of seven he had begun private classes in ballet, and at age eleven he attended the Corona Academy Stage School.

In 1963 Holder was one of a select group of young British dancers to be offered scholarships by Martha Graham to study at her school in New York City, so as to return to London “to be charter members of what was to become London Contemporary Dance Theatre.” His parents saw him off the following year.

He went on to enrol as a student at the High School of Performing Arts in New York City, where he was spotted by Robert Joffrey, who invited him to join the Joffrey Ballet. Holder remained with the company from 1966 to 1979, becoming one of their most acclaimed principal dancers, performing as a soloist, and working with  choreographers Kurt Jooss (who personally trained Holder for the lead role of “Death” in a revival of his 1932 anti-war ballet, The Green Table) Léonide Massine, Jerome Robbins, Alvin Ailey, and Agnes De Mille. A New York Magazine review in 1971 typically commented: “…Christian Holder, lithe, tremendously powerful and totally individual, dominates the stage whenever he is given solo work to do…. Up the Joffrey! Onward, Christian Holder!”

From 1979 to 1981 he appeared as guest solo dancer with San Francisco Opera, dancing in productions starring Luciano Pavarotti, and Placido Domingo, and  choreographing  productions of The Merry Widow with Dame Joan Sutherland (1981) and Aida (2001). In 2006 he returned to the Joffrey Ballet to dance in their production of Sir Frederick Ashton‘s Cinderella, as one of the ugly stepsisters. Holder also appeared in a 2012 documentary called Joffrey: Mavericks of American Dance, written and directed by Bob Hercules.

During his career Holder choreographed ballets including Weren’t We Fools, for American Ballet Theatre, and Transcendence for Atlanta Ballet; appeared in repertory theatre productions and musicals; and designed costumes for ballets including Margo Sappington‘s Toulouse-Lautrec (2000) for the Ballet du Capitole in Toulouse, France. He also designed costumes for Tina Turner (between 1974 and 1984), Ann Reinking, and others. In addition, Holder  taught ballet at Steps On Broadway in New York City, the Metropolitan Opera Ballet, and Kaatsbaan International Dance Center.

Return to London and recent years

After decades in the US, Holder returned to live in England, where he has been involved in various creative work. In 2010, his paintings and designs were exhibited by Rosentiel’s in London alongside the work of his father, Boscoe Holder, and that of master designer Oliver Messel, a family friend.

In 2001 Holder embarked on a  project to write the book and lyrics for a theatre piece called Verse of Fortune inspired by the life and work of French poet Baudelaire, collaborating with the late composer, Noa Ain.

In April 2015 Holder made his debut as a singer in his one-man cabaret entitled “At Home and Abroad”, with music direction by Philip Foster, playing a sold-out show at The Crazy Coqs in London’s Piccadilly. A subsequent show in May 2016 at the same venue was entitled SUITE 60s and received a four-star review from BritishTheatre.com, where Douglas Mayo commented: “Holder succeeds in weaving a spell over his audience…His ability to deliver truth and drama through song enables him to captivate an audience for nearly two hours and leave them wanting more.” Holder continues to sing in venues in London, as well as in New York at Feinstein’s 54 Below, the Laurie Beechman Theatre, and at the New York Cabaret Convention in Lincoln Center’s Rose Hall.

In August 2016, Holder appeared at the Victoria & Albert Museum in conversation with Greta Chaffer, in a special event entitled “Christian Holder: A life in performance, New York and London.”

Holder has written, directed and choreographed the play, Ida Rubinstein – The Final Act. Begun in 2019, it will be presented at the London theatre, The Playground, during the 2020/21 season. 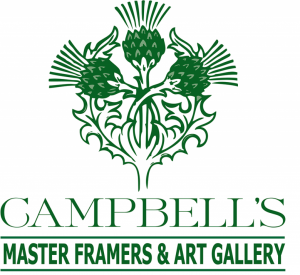